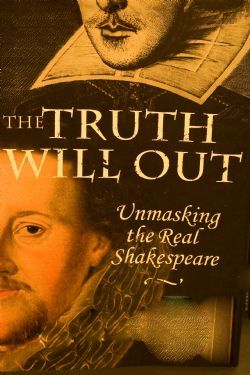 will change our lives forever!

That is why we need to answer these questions about:

That email we received yesterday,

That article we found on the internet,

Those two books on the table, and

That dusty book on the shelf.

Let's look at each example above, and allow the Truth we find

to brush away all cobwebs of confusion from our minds.

Each reader will have his or her own examples.

Hopefully, this writer's examples can help you make your own list.

Our culture today is in a crisis of trust.

It is clear that we have a BIG problem:

Whom can we believe?!

Let's look at the email first:

It was presented as the writing of a respected historian and teacher.

It dealt with historical facts and comparisons between a socialist dictatorship of the past, and the one developing now in the USA.

The content rang bells of Truth, and any reader of a conservative, constitutional orientation could be in agreement.

But we had a nagging "gut-feeling" that all was not as it seemed. This editor picked up the telephone and through directory assistance, obtained a number and called it.

An answering machine took the message. Late that evening, the supposed author of the email called.

After my response, he said, "Before you go any further, let me tell you that the email is a forgery.

I did not write it. I do not agree with it."

I asked if there was a way he could squelch the email. He said, "It's fading away. It's been out there for a while."

I thanked the man for returning my call. It was clear he did not want to talk further. We said goodbye.

So ends the email scenario.

Researching history has long been part of "what I do."

We now know that our ancestral history has a big part in making us who and what we are today. It's the DNA thing. It's also this:

"I am the LORD your God who brought you out of the land of Egypt,

out of the house of slavery.

You shall have no other gods before Me.

You shall not make for yourself an idol, or any likeness

of what is in heaven above or on the earth beneath

or in the water under the earth.

You shall not worship them or serve them;

for I, the LORD your God, am a jealous God,

visiting the iniquity of the fathers on the children,

and on the third and fourth generations of those who hate Me,

but showing lovingkindness to thousands,

to those who love Me and keep My commandments."

It just makes good sense to put my Creator / Father first in my life. I really want Him on my side!

With that understanding, let us look at the internet article that we have saved.

What is their spiritual, intellectual and political orientation?

WHY did they write it?

Is their motivation for material profit and for deceptively stealing power?

Or are they really "seeking and communicating Truth"?

When we have these answers, the brain cobwebs are swept away.

[Yes, we are talking about "doing our homework."]

Now, about the first book on the table:

While browsing in a book store one day, we came across a volume with a provocative title:

The Truth Will Out

We scarcely see or hear this phrase any more. Yet it is vitally important that we keep it in mind. This book presents a powerful case concerning identity.

For over 400 years, the plays [signed "William Shakespeare"] have been considered the greatest in English literature. They have been read, watched, and analyzed. Whole shelves of books regarding their contents are on display in stores and libraries. Now, according to the authors of The Truth Will Out, these amazing literary works were secretly authored by a man named Henry Neville.

Neville was an English gentleman and a member of the Virginia Company.

This Virginia Company was instrumental in the founding and funding of the English exploration and settlement of the Virginia enterprise, beginning with the Jamestown Settlement.

Freedom from the oppressions of governmental and religious tyranny were chief aims of the Virginia Company's gentlemen.

Their dreams of freedom, then, [if indeed, Henry Neville was the true Shakespeare of the plays] explain the inspiration and moral compass of the Shakesperean plays.

Are we ready to  believe that

Now let's consider the second book on the table:

It was written by the successful candidate in the USA's 2008 presidential election - or so it is claimed by his campaign staff and supporters. Serious questions have been raised however, regarding the possibility of a ghost-writer/friend, with a history of violent anti-American writing and actions.

The successful election candidate is silent on the issue.

Neither will he discuss issues of his past life, or allow the public knowledge of his birth and schooling records, or of his passport, and so on... In short, his life is shrouded in mystery. Many people are wondering: Who is this man, anyway? Why does he not want the voters of the USA to see the documents of his personal history, such as his long-form birth certificate? It has been reported that several million dollars in legal fees were spent thus far, preventing public access to the man's personal documents.

Our culture today is in a crisis of trust.

It is clear that we have a BIG problem:

Whom can we believe?!

So, at last, we come to the dusty book on the shelf.

Its contents have inspired the greatest literary, musical and artistic works created by man.

Its contents inspired men like Henry Neville [the true Shakespeare?] to seek a land where men and their families could be free to live under God and by their faith in Him.

Its contents inspired the Pilgrims who came to these shores on the Mayflower, and the Indian, Squanto who helped them. It has inspired the multitudes who followed them.

Finally, this Book inspired the men who founded these United States of America.

They pledged their lives, their fortunes, and their sacred honor to defend the Constitution and Bill of Rights which they had so lovingly and painfully created.

For more than one hundred years, those who hate this book and its Author, have worked first deceptively, then openly, to hide the facts of America's history.

The government schools and popular culture worked together to this end.

Events are showing us that unless we as individuals and as a people, return to the faith, dedication, and the courage of our founding fathers, these United States of America are gone forever.

Let us take that dusty book, the Holy Bible, off of the shelf!

Let us read it,

let us pray it,

and let us honor its Author, as our forefathers did.

When we do this, the destructive tide will turn, hard hearts will melt and deceived minds will change.

Then, and only then, will our America be saved.

We can trust Him!

Because God can not lie!

"If I shut up the heavens

so that there is no rain,

or if I command the locust to devour the land,

or if I send pestilence among My people,

and My people who are called by My name

shall humble themselves and pray

and seek My face

and turn from their wicked ways,

then I will hear from heaven,

and will forgive their sin

and will heal their land."