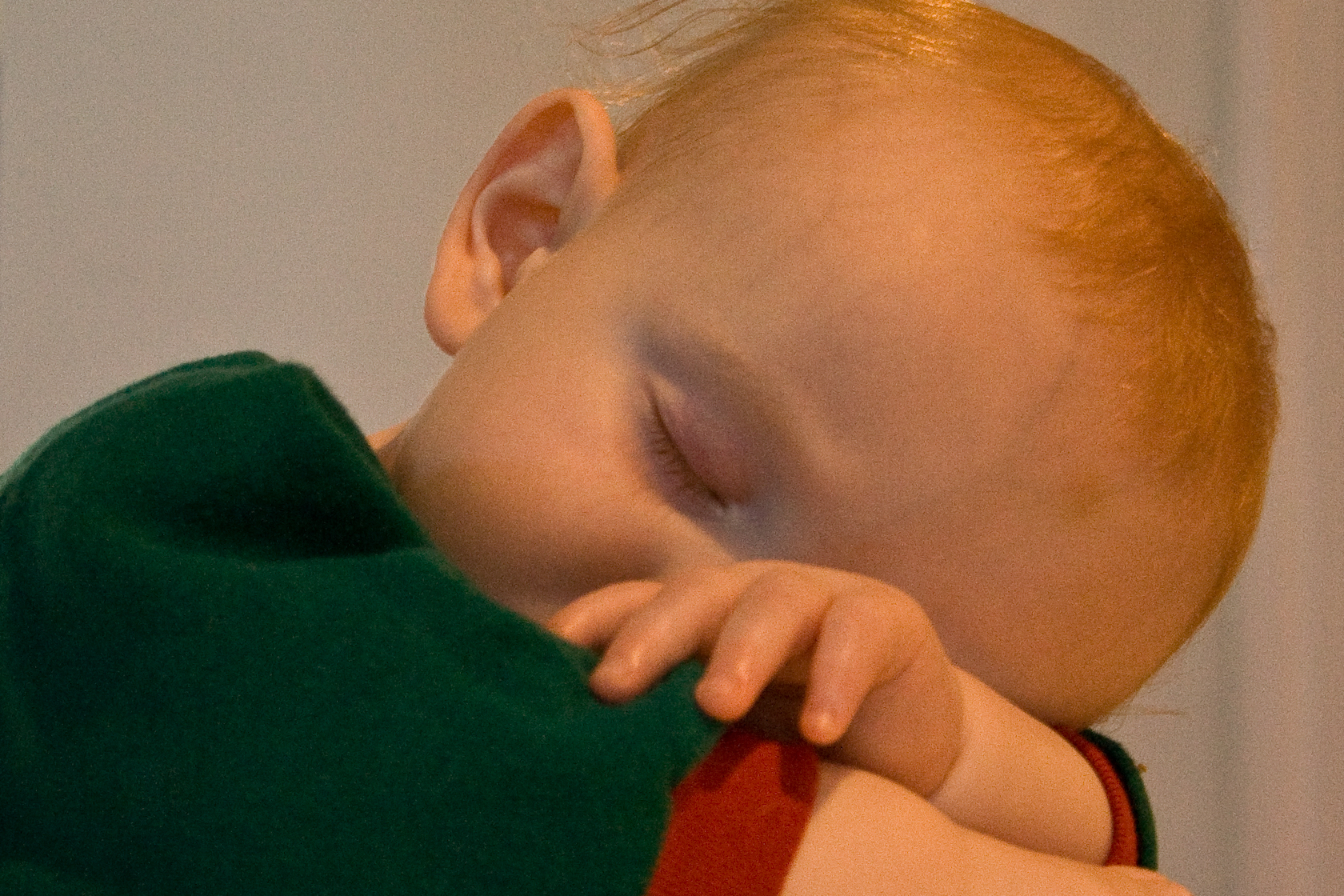 In our family, the first six children were born in hospitals, with problems involving the first and the sixth. The first-born's birth weight was five pounds, five ounces, and hospital regulations required that he be incubated for care and observation.

At the six birth, an intern felt that labor was taking too long. He punctured the membranes which caused too much liquid to be in the canal. The baby breathed in some of the liquid as he came down the canal, and was born with pneumonia. The pediatrician was fearful that it might be meningitis (which had killed his own infant), and he asked me to okay a spinal tap. As I prayed, I received one of the strongest answers I had ever known. NO SPINAL TAP. When I asked if there was a simpler, safer way, the doctor replied that a blood sample from the heel would be the next best thing. That test showed that the baby had pneumonia. I left him in the hospital for fourteen days, but kept expressing my milk so that he could nurse when I would bring him home.

Before leaving the hospital I held my new son and prayed for him, at which time a beautiful bonding took place. I was not to hold him again until bringing him home two weeks later. When the first son was born, I did not know God's love and power, so the situation was quite different.

How wonderful it is to know God as Father and Friend now, and to be spared so much of the misery of life without that loving assurance.

A healthy mother with a good nutritional practice does not need a doctor or a hospital for the birth of her baby. I have been present at five home births, and each one was an evidence of the great and tender mercies of God toward those who believe His word and trust Him.

Contemporary medical practice has imposed a heavy financial burden on parents preparing for the birth of their children. According to a chart found in a google search, the average U.S. hospital charge in 2011 for a normal birth without complications was $10,657. Very few people can afford to have babies in this unreasonable, inflated situation. The parents' joy in their newborn child is drained away with the price tag attached to their baby.

I wonder how many couples, or mothers, have chosen to abort their unborn children because of the incredible cost of bringing that child to live birth in this 'civilized' country of the United States of America.

Hospital nurseries have been locations of severe staph infections where babies have tragically died. The unwise practice of artificially puncturing the membrane of waters to hurry the labor has been the cause of bronchial and pulmonary infection in the newborn, as with my own son.

There have been multitudes of unnecessary caesarian sections performed. There is a better way!

The ancient practice of midwifery allows the family to be close to the birth in the loving, familiar atmosphere of the home. This helps to alleviate fear, allowing the mother to relax and cooperate with God.

"Shall I bring to the point of birth, and not give delivery? says the LORD. Or shall I who gives delivery shut the womb says your God." (Isaiah 66:9)

The first four children were born while I was under an anesthetic. I was put to sleep for the first two births, and had a spinal block for the next two. By the time the fifth and sixth babies were to be born, I knew God well enough and trusted Him as my doctor, so then refused anesthesia and asked for natural births. With the exception of the intern at the military hospital already mentioned, the attending doctors agreed.

As these two babies came into the world, I sang in the spirit, and the doctors were amazed. One of them said,

When I was expecting the 7th and last child, his father and I were entirely separated from the medical system. We asked a couple with whom we had prayer fellowship if they would help us. The wife had graduated from nursing school and had practiced for about six months before she became pregnant. Her husband had asked her to stay home to concentrate on raising the family. Although this young woman had not had midwifery training, she had assisted in the delivery room. The couple agreed that the birth could take place in their home.

About six weeks before the birth however, our nurse-friend began to have fears and doubts about her ability to oversee the safe delivery of the child. God heard her prayers for help and gave her a dream pre-viewing the birth. When we asked her later if the dream and the actual event coincided, she said, "It was exactly like the dream."

This is the scenario, as God brought it to pass:

I experienced the first stage of labor, then nothing further for about twenty-two hours. When labor resumed, the contractions were five minutes apart, immediately.

I took two calcium-magnesium tablets to help relax my nerves and muscles, then we made our way by car to the home of our friends, more than 25 miles away. We had already done two dry runs, so our host couple was able to ready their bedroom and the necessary equipment.

An interested prayer-friend had been keeping in touch, wanting to be present at the birth. She was driving down a road which intersected our route, and on seeing our car, she followed us.

I was surrounded with prayer, as my friends saw to my comfort and well-being during the brief labor. During the pregnancy we had occasionally prayed for Father's will in the matter of the baby's name. Now I asked again, and God's answer came clearly.

A few minutes before the birth, the contractions became more intense. I told God I didn't think I could take much more. He whispered, "It will be just a little longer", and I felt new strength. And so it was.

A young people's group was praying and fellowshipping downstairs, and God's loving presence filled the entire house. The baby entered the world just one hour and forty-seven minutes after the contractions became regular, at 7:17 pm. Our baby boy was lovely, weighing five pounds, three ounces. Within minutes of his birth he opened his eyes and looked directly at his father. We felt incredibly blessed. The baby nursed about three hours later, and we passed the night and following day very peacefully. A state health worker came to certify the birth. Then, slightly less than twenty-four hours after the birth, we joyfully thanked our host and hostess and returned home to our excited, expectant family, and introduced them to their new brother.