Giving Flowers a "Right to Life"

Anti-human radical environmentalism continues to advance with no push back in sight.

Boulder, Colorado appears on the verge of passing a "nature rights" law, which give the birds and the bees, the flowers and the trees a putative right to life equal to our own. From the Denver Westword News story:

Natural wonder: Boulder County has a reputation for leading the state in matters of open space, animal rights, environmental protections and all-around tree-hugging. But next week may present the acid test for local officials' greeniness. 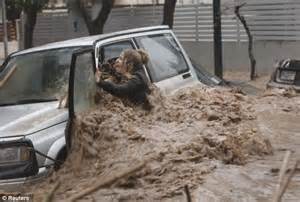 On Wednesday, September 18, the county planning commission will listen to a presentation from staff and ponder whether to include a statement in the comprehensive plan declaring that "Boulder County acknowledges the rights of all naturally occurring ecosystems and their native species populations to exist and flourish."

And the leader of Angola, of all places, wants to institute ecocide in his country's laws. As the story notes, if he does, that poverty stricken nation can kiss any hopes of prosperity goodbye. From the Angencia Angola Press story.

The Angolan head of State José Eduardo dos Santos Wednesday in Luanda ordered the setting up of a Work Team to study and draft proposals for incorporation in the country's legal system of the Ecocide Convention, Angop learned from an official source. Ecocide is defined as the destruction or degradation of various ecosystems in a certain territory, through human action or others, putting at stake the full development of the resources by the population

The story says the UN backs ecocide laws. Not yet. Doing so is under investigation, but that decision hasn't been made. 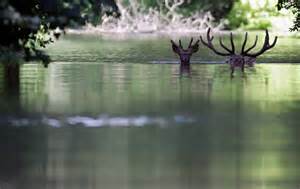 Of course, environmental protection is important. But there's a wrong and a right way to do it. When we raise nature to the status of a rights bearer, when we pass laws criminalizing not just major pollution but development - we are like the proverbial lemmings jumping off the proverbial cliff.

LifeNews.com Note: Wesley J. Smith, J.D., is a special consultant to the Center for Bioethics and Culture and a bioethics attorney who blogs at Human Exeptionalism.