Transformation of the archaeologist

from confirmed atheist, to bible believer

A Rift in Time -- by Michael Phillips

[The English archaeologist, Sir Gilbert Bowles, had been enlisted as an informant by the villainous Halder Zorin. Adam Livingstone, archaeologist of reknown, is the subject of their concern.]

"Zorin . . . Bowles," said a thick-tongued Sir Gilbert into the telephone.

"You sound funny--I can hardly understand you. Speak clearly."

Bowles drew in a deep breath, as if the action might sober him. All it succeeded in doing was lightening his head still more. "Cissna is a botanist," he slurred. "He was hired to help Livingstone find old flora species."

"I assume to lead them to Eden. Ha, ha, ha!" Sir Gilbert could hardly say the word without smiling when he had his wits about him. In his present state the very sound of it set off a fit of laughter.

"What were they doing in Olduvai?" asked Zorin, growing angrier by the second.

"What else but a ruse to throw us off the scent? Livingstone's a clever fellow, you know."

"What did they find?" demanded Zorin.

"Don't know, Your Majesty. The professor clammed up. But I can assure you on my word of honor as a gentleman and a scholar that they found nothing of substance relating to Eden. Ha, ha, ha! No one ever will! Ha, ha! It's a fairy tale. Ha, ha, ha!"

"You learned nothing of their movements?"

"His lips were sealed tighter than a drum, I tell you."

"You are a fool, Bowles--a drunken fool! I see I shall have to take the matter in hand myself."

"As you wish, Your Lordship."

"Say nothing of this to anyone."

When Sir Gilbert Bowles threw down the hotel phone this time, he swore loudly, though he could not help continuing to chuckle at the idiocy of the whole thing.

Hidden in Time -- by Michael Phillips

[re Gilbert Bowles -- after the massive heart attack nearly took his life.]

It was strangely quiet. He glanced about. The clock on the wall showed 2:37 A.M. No wonder everything was so infernally still--it was the middle of the night.

Why couldn't he sleep all of a sudden? This was a blasted inconvenient time to get insomnia!

He sat staring straight ahead. It was no use. He was wide awake.

Without thinking of it consciously, his hand stretched out and picked up the book lying on the stand next to his bed. It hadn't occurred to him what it was until he opened it and saw the familiar double columns.

Bah! A Bible! he thought to himself. Who had put that there?

Well, there wasn't anything else to do. It might be good for a few laughs.

Chalk it up to research for his next speech. He might find something choice he could use to prove the whole thing a load of nonsense.

Without turning the page, he began to read where he found himself.

For the truth about God is known to them instinctively.

God has put this knowledge in their hearts. From the time the world was created,

people have seen the earth and sky and all that God made.

They can clearly see his invisible qualities--his eternal power and divine nature.

So they have no excuse whatever for not knowing God.

Yes, they knew God, but they wouldn't worship him as God or even give him thanks.

And they began to think up foolish ideas of what God was like.

The result was that their minds became dark and confused.

Claiming to be wise, they became utter fools instead. And instead--

Humbug, Bowles said to himself, just like he always knew it was!

He slammed the book closed and set it back on the nightstand. Staring into space was better than any more of such idiocy!

[For Gilbert Bowles, at last the Light dawns.] 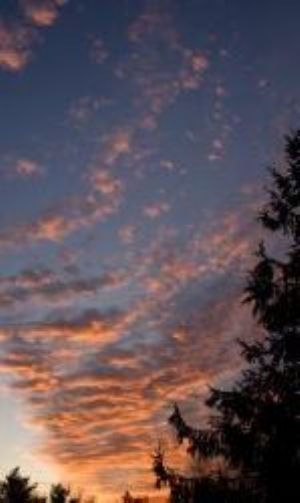 [Deep beneath Jerusalem, Adam Livingstone had just saved the life of Sir Gilbert Bowles - rescuing him from a deep pit . Then, after hours of following the computer map of scanned subterranean tunnels, the archeology team gazed in awe upon the long-lost Ark of the Covenant.]

Adam glanced up at Sir Gilbert. His expression was one of stunned disbelief. Slowly he [Gilbert Bowles] began shaking his head, then spoke, half to himself.

"It's true, Sir Gilbert," replied Adam. "The Bible is true."

"I was once a skeptic myself, just like you, Sir Gilbert, until the reality of Noah's ark upset my world and I knew God was alive and real and personal. This may be that moment for you."

"He has had you in His sights all along, Sir Gilbert."

For the moment Sir Gilbert's questions and confusions were silenced.

[At the BBC press conference in Jerusalem -  two days after Adam Livingstone's team discovered the Ark of the Covenant.]

There was more laughter and ridicule at Adam's attempted explanation.

Suddenly Jim Lindberg and Kim Shayne saw the ponderous form of Sir Gilbert Bowles rise from where he had been sitting in the front row and approach. He walked straight toward the front of the camera.

Lindberg rose from his chair, signalling to one of the production crew beside Bridges at the camera to bring another, offering Bowles his own in the meantime.

"I presume, Sir Gilbert," he continued as the impromptu arrangements were attended to, "that you have something to add to this discussion."

Bowles nodded as he sat down. The camera zoomed in for a close-up of his face.

"I can corroborate everything," said Bowles.

The listening audience began to buzz with astonishment.

"Have you and the Livingstone team joined forces?" said Lindberg.

"I thought you were rivals."

"At one time perhaps, but no longer."

"And how, Sir Gilbert . . . how exactly can you corroborate Mr. Livingstone's claim?"

"Simple. I was with Adam when he made the discovery," replied Bowles calmly. "I saw the ark with my own eyes. It is exactly as he has said. Adam Livingstone is telling the truth."

. . . Now both of Great Britain's leading archaeologists were being ridiculed. Adam and Sir Gilbert had indeed joined the same team. According to the world's media, they had gone over the edge together and were virtually through as reputable scientists.  . . (end of fictional study)

It may be satanically silenced for a time,

The LORD sits in the heavens and laughs.