During the Senate hearing on Benghazi yesterday, outgoing Secretary of State Hillary Clinton claimed she did not know whether the U.S. special mission attacked on Sept. 11 was involved in gun-running.

The remarks were perhaps the most important and telling of the entire hearing since they address a possible motive behind the jihadist attacks. 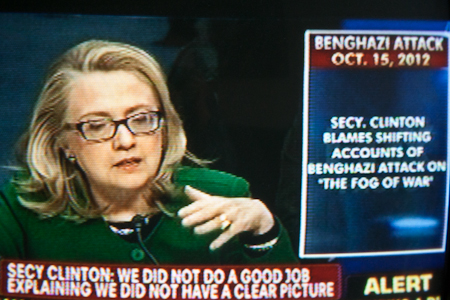 Yet Clinton's answers were largely unreported by U.S. news media.

The exchange on the subject took place with Sen. Rand Paul, R-Ky.

Paul asked Clinton: "Is the

U. S. involved with any procuring of weapons, transfer of weapons, buying, selling, anyhow transferring weapons to Turkey out of Libya?

"To Turkey?" Clinton asked. "I will have to take that question for the record. Nobody has ever raised that with me."

Continued Paul: "It's been in news reports that ships have been leaving from Libya and that may have weapons, and what I'd like to know is the annex that was close by, were they involved with procuring, buying, selling, obtaining weapons, and were any of these weapons being transferred to other countries, any countries, Turkey included?"

Clinton replied, "Well, senator, you'll have to direct that question to the agency that ran the annex. I will see what information is available."

"I do not know," Clinton said. "I don't have any information on that."

DID WE SEE THIS IN THE MAINSTREAM MEDIA?

NOW FROM ANOTHER SOURCE,

A MOTHER AND EDUCATOR WRITES:

As I stand in front of the television watching the hearings on Benghazi, I think that even more than a conservative activist, a patriot, an American citizen, it affects me as a mother. Do people really believe Secretary Clinton as she changes her story in an attempt to "pass the buck" right in front of the American people?

If you recall, initially a bulletin was sent out to the media that the cause of the attack was due to a homemade anti-Islam video made by a guy in his bedroom. Next we hear riots formed due to this video and therefore angry protestors swarmed and overtook the embassy. Then we hear there was not sufficient security due to budget constraints, some blaming the left, some the right and their lack of wanting to work toward a budget that benefits all involved. Now I am listening to the "official" hearings and all I hear are new scenarios, blame shifting, lies, and a complete lack of responsibility being taken.

Secretary Hillary Clinton sits in her chair and with a smug smirk she is spewing lies, twisting truths, and blaming everyone, anyone, but herself. This lack of judgment, knowledge and responsibility would be cause for severe discipline in my own household, yet Clinton laughs it off, condescends and changes the subject with what appears to be little to no consequences. When finally confronted by her GOP "disciplinarians" about what truly triggered the attack, a pithy yet irresponsible response is given:

"What difference, at this point, does it make?" She continued,

"It is our job to figure out what happened and do everything we can to prevent it from ever happening again."

All I can say is that if my child ever disrespected me with a response like that, he would be hard pressed to see the light of day again until he reflected on and improved his character and word choice.

The power these politicians are using to distract and deceitfully redirect in order to shift the blame - now apparently onto some innocent intern down the line that "didn't deliver the cable" in time - is nothing short of atrocious to me.

They opened the hearing by focusing on Clinton's work in Africa, offering sorrow to her because this is her last appearance as Secretary of State.

One California Congressman called Clinton her "daughter's hero", all attempting to pull on the heart strings of the American people instead of focusing on Clinton's patronizing tone and web of lies. This is irresponsible, damaging to this society and unacceptable. Yet the majority of America stands by, dismisses any truth that has been brought up by the Republicans and applauds Clinton's feistiness. Are we that desensitized, America?

I can't help but wonder what kind of example this is setting to an up and coming generation, the ones who watch what is going on, who hear the radio when their parents have it on in the car, and who are the next line of leaders and voters in this country. As a political activist for all things conservative, a believer in the absolute truth of God, and as a mom who is raising children in this declining country, I am appalled. As a mom of three, a teacher of teens, and a counselor of those struggling to find truth and learning to be discerning in this world, I find what is going on in our current administration criminal.

You can only pass the buck so long, Hillary, until its horns come back to meet you when you least expect it. That may not be today, tomorrow or even in 10 years, but judgment, karma or whatever you want to call it will come.

There will be consequences.

We cannot stop Congress, the Administration, or local politicians from being misleading, deceitful, and passing that proverbial buck. But what we can do is be aware of their tactics and fight to not become desensitized to the truth.

Be active, research and dig for the truth, and most of all be responsible moms, dads, teachers and mentors and use these moments as teaching moments.

We need to teach our children that lying and deceit comes in many forms and that our government is not to be revered as a people greater than us.

Remind them that they work for us, that we vote them in and out, and most importantly that they are men and women, not gods or saviors.

I pray that our nation one day be restored.  I, as a mother of three sweet, innocent children, will continue to pray for it, fight for it and hope for it. I will continue to teach my children that there is one and only one God and Master and that "passing the buck" is unacceptable for anyone of strong character.

It is (past) time to rise above and encourage this up-and-coming generation to be better than what we see in our government and on our television screens. It's an uphill battle but worth it for our next generation of citizens and voters. 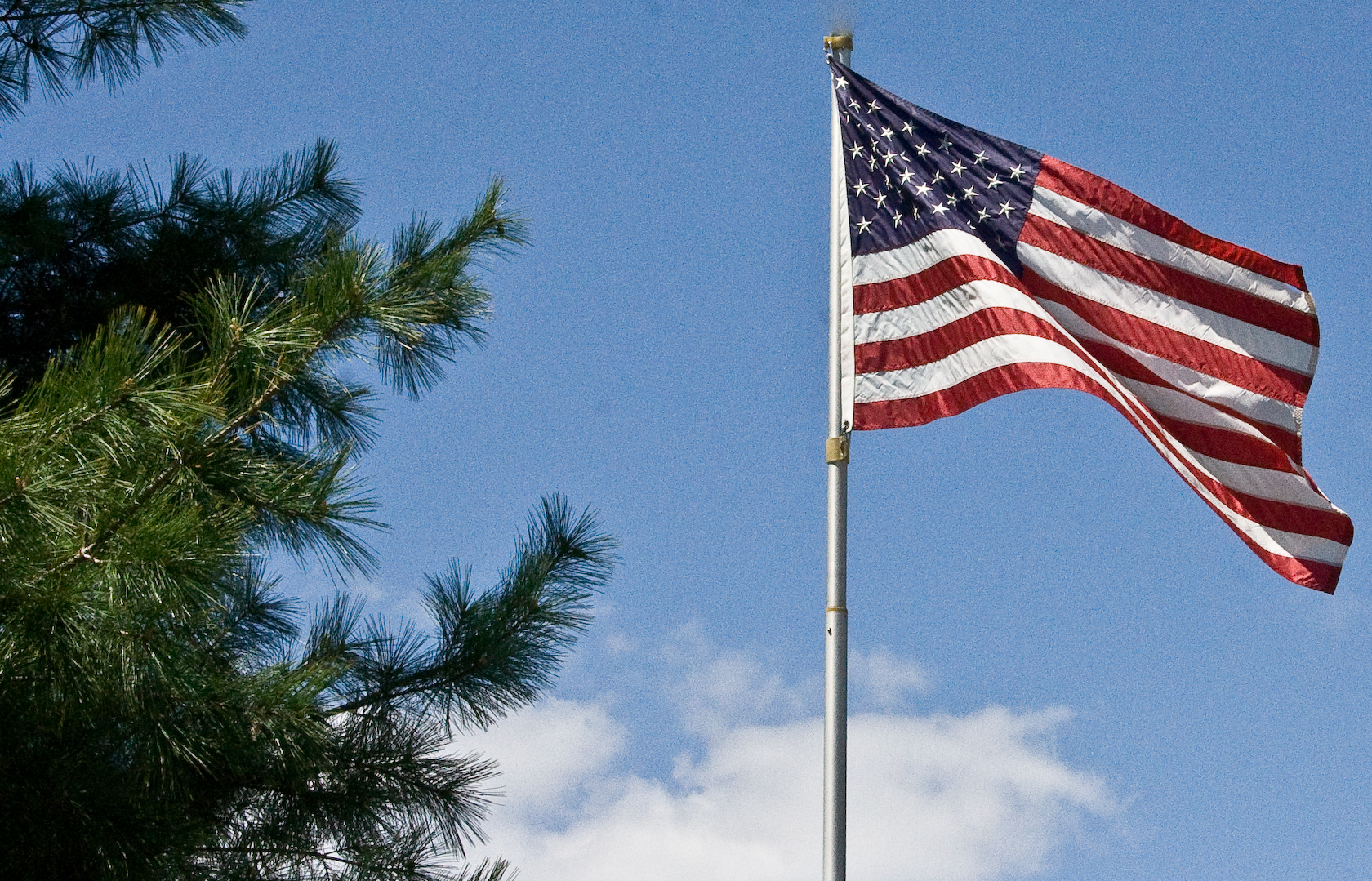 who are awaking to the Truth,

and using their voices, keyboards,

to express their convictions!