Fear of being contaminated with dirt or germs

Mysophobia, more commonly known as "germaphobia," is a term used to describe one who has a pathological and irrational fear of germs. This phobia is often related to obsessive compulsive disorder because it involves an obsession over cleanliness. Symptoms of mysophobia include an avoidance of "uncleanly" activities, obsessive hand washing and more life debilitating effects such as avoidance of social situations that involve coming into contact with others... 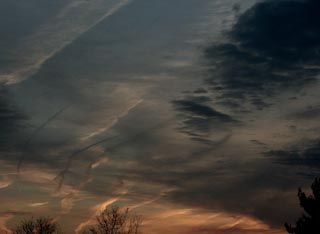 Fear of thunder and lightning

Brontophobia is the irrational fear of thunder or lightning. Although everyone fears these natural phenomenon, the brontophobic is often made sick and restless due to his overzealous fears. During storms, those who suffer from brontophobia often hide in closets, under beds, in cupboards and anywhere where they cannot hear or see the storm...

Acrophobia is the term given to a phobic and irrational fear of heights. Although "vertigo" is commonly used to describe this fear, it is more accurately a spinning sensation rather than a fear of heights. Acrophobia develops when a person experiences a panic attack in a high rise situation and is unable to escape. Panic attacks can cause immobility, high anxiety levels and a gripping fear...

Fear of strangers or foreigners

Xenophobia is the irrational fear of strangers and foreigners. In order for a person to exhibit xenophobic behavior, he must genuinely believe the target is a real threat. For this reason, xenophobia and racism are two very separate concepts. Xenophobia can be aimed towards entire population groups within a society as well as individuals...

Above is a partial list of names and definitions given by the psychiatric industry, describing fears to which humankind is subject.

If a person believes in the validity and authority of those who practice psychiatry - (although some have called it witchcraft) - they will forego their divine calling to a life of  love, peace and joy. They will say,

Oh. And the 'meds' part? They will cost this person a fortune and provide some bad reactions (because our bodies/minds were not designed for this stuff). All the while, the pharmaceutical companies, pharmacists and psychiatrists will be enriched.

Hmm...My friend, you've been lied to. Is this really the way you want to go?

There was an earnest young man. As a person of minority heritage, he saw an opportunity through a U.S. Army program, to learn and practice psychiatry and to be paid regularly.

The young man was also deeply involved in the practice of a legal, social and military system which advocated violence toward non-believers in that system. His adherence to this system was in direct opposition to the man's sworn allegiance to the Constitution of the United States, taken when he became a United States Army Officer.

Superior officers knew of the problem, but a policy of 'political correctness' held them back from applying preventive measures. The result of this tragic lack of responsibility was the massacre of twelve soldiers and one civilian, and the wounding of thirty-two others, at Fort Hood, Texas on November 5, 2009.

The question must be asked: Was Hasan on psychotropic drugs, in addition to his jihadist mindset? Most of the "school shooters" had such drugs in their systems at the time of their tragic crimes.

As Americans, we must listen, and remember for all time what we will learn when Major Nidal Masik Hasan is tried for his deadly crimes. Then let us pray that this man will come to know and love the One True God, whose Son died for the forgiveness of Major Hasan's sins.

Fear of the Lord

can set free the soul of Nidal Masik Hasan.

Fear of the Lord

can set each one of us free when we lay down our rebellion,

and come to God through

Jesus Christ, the Lamb of God.

To fear God means to respect and to honor Him.

This fear will then set us free

from every other fear, as described above !

and we will know that